October’s BOD meeting started out with a delicious Italian-themed dinner and networking. President Amisha Arya, Pharm.D., opened the meeting with an ice breaker by introducing ourselves, where we work, and our Halloween plans. 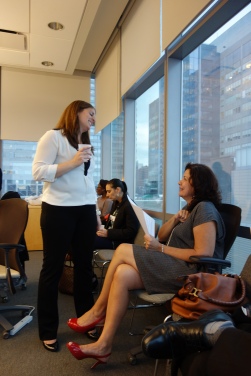 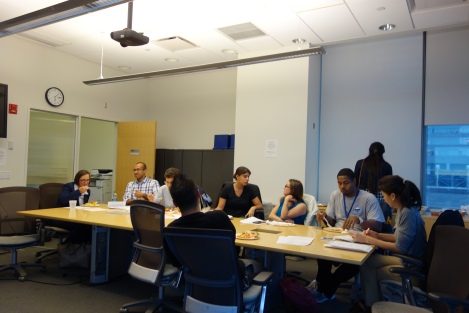 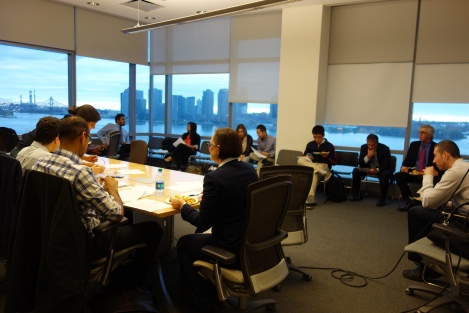 Director at Large, Dr. Charai Byrd, discussed his public relations plans to promote American Pharmacists month through local newspapers, for “NYCSHP takes over the Today Show”, and potentially lighting the Empire State Building our society’s colors: blue and white. Director at Large, Dr. Karen Berger, discussed plans for the student workshops and Clinical Pearls sessions and the progress in having legislative affair articles in every newsletter.

Director at Large, Dr. Jason Babby, gave a recap about the industry relations meeting and CE event at New York Presbyterian. Dr. Arya announced that healthsystemce.com will be changing to CESally and encouraged everyone to join the pharmacy team for New York Care’s day. Dr. Sinnet spoke about the importance of pharmacy legislation throughout the whole state and urged members to help petition.

The evening concluded with networking and then discussing the budget.