September’s board of director’s meeting took place at Mount Sinai Roosevelt Hospital. Excited members gathered together again. President, Dr. Yi Guo, began the meeting by having everyone introduce themselves and saying what they are looking forward to this fall.

President Guo’s President’s report discussed member resources from the state and chapter level and about updating your NYSCHP profile to receive email invites to the chapter’s events. She announced the upcoming continuing education and networking meetings in September. President Guo restated that one of her goals this year is collaboration amongst the local NY chapter and that the September 22nd CE will be a collaborative event. 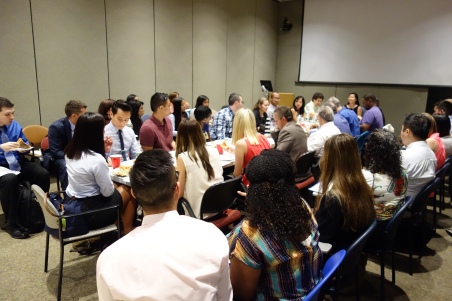 Historian, Dr. Jamie Chin discussed the articles of events posted on NYCSHP’s website and encouraged everyone to update in their NYSCHP profiles to receive email updates from the chapter. Dr. Chin was excited to announce that Peter Hoang, Gretchen Marcelino, and Sharmin Amajad, will be collaborating with her. Social Media Coordinator, Dr. Elsie Wong, posts NYCSHP updates on Facebook, Twitter, and Linkedin.

Resident’s Collaborative Committee co-chair, Loriel Solodokin announced that she has contacted residents throughout the greater-New York area to invite them to an Escape the Room residency  networking event. Other ideas include an educational networking event together and a webinar presentation for residents prior to midyear. 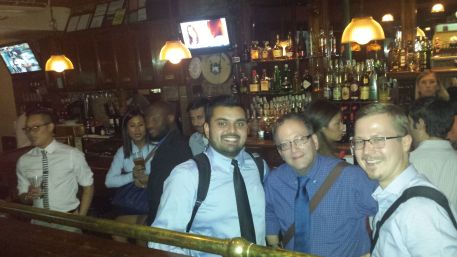 If you are interested in joining any of the committees, you can reach out to the board of directors! https://nycshp.org/board-of-directors-2013-2014/

Article and Photos by Jamie Chin