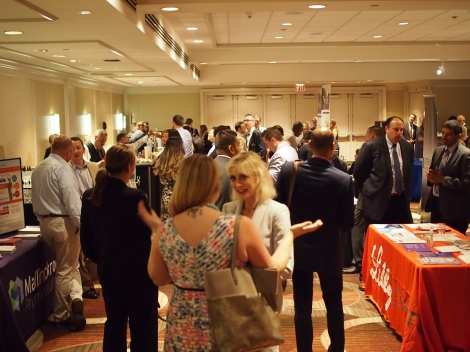 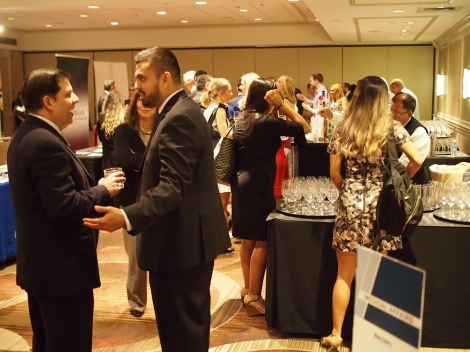 Attendees were welcomed at the sign-in table upon arrival. Industry sponsors lined the Empire West Ballroom with exhibitions, ready to meet with attendees and provide a wealth of information on new medications, therapeutic updates, and educational resources. Thanks to all the sponsors for their continued support. 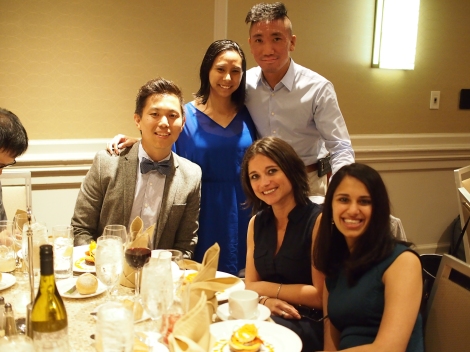 After the exhibitions segment, guests made their way into the ballroom to celebrate this
year’s many accomplishments, award winners, and installation of new officers. 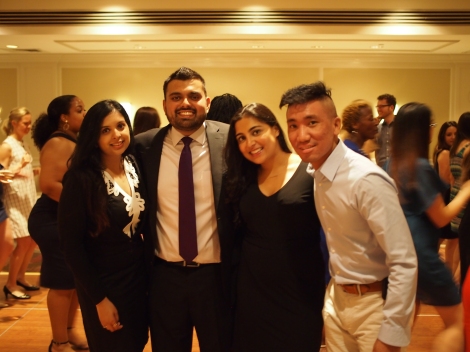 Thank you to the Installation Committee team for all your hard work in planning this event. 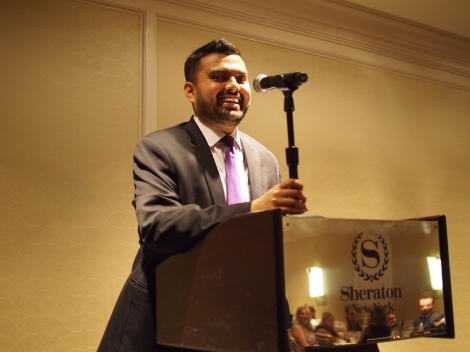 Outgoing President, Dr. Karen Berger, delivered her outgoing presidential address recognizing her team and about the successes she has accomplished this year.

Dr. Berger highlighted the chapters commitment to improve advocacy efforts within New York State, being able to create a strong pharmacy network within the chapter, and getting members involved in community efforts this past year. 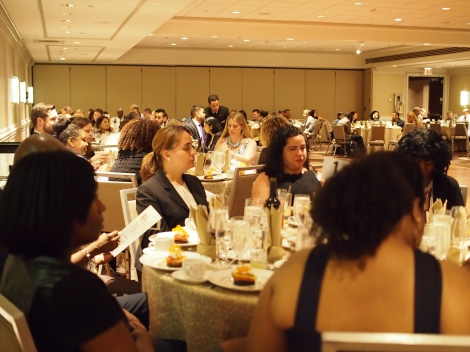 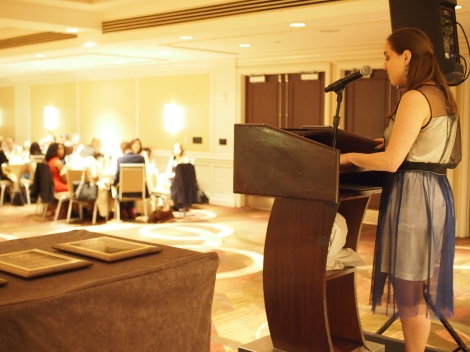 President, Dr. Berger, concluded her speech by thanking chapter members for all of their continued support and attendance to the many programs throughout the year and recognized her Board of Directors and Committee Chairs for all of their hard work to
make this a successful year. 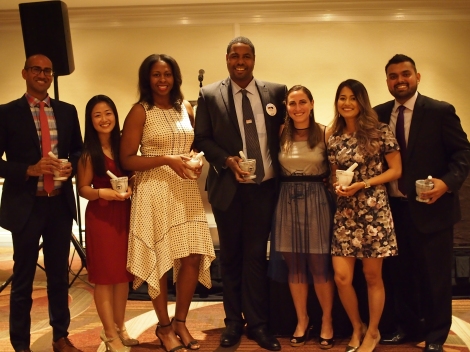 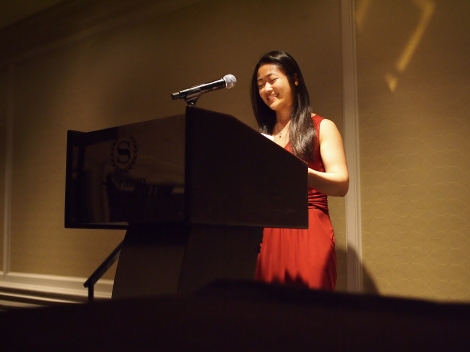 Congratulations to all the award winners for their major contributions to NYCSHP. 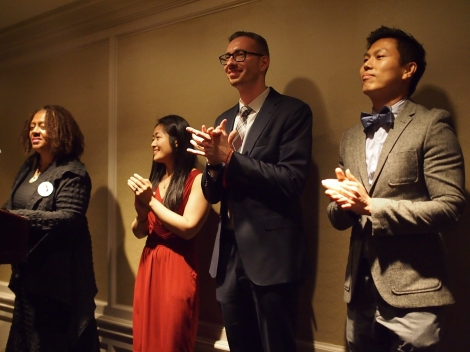 Dr. Powell installed Dr. Charrai Byrd as incoming President. We wish the new officers the best of luck in their new positions this upcoming year.  As first order of his Presidency, Dr. Charrai Byrd recognized Immediate President, Dr. Karen Berger, for her service to the New York City Chapter and for her accomplishments as President.

He highlighted the many individuals who inspired him to get involved throughout his 10-
year journey as part of NYCSHP. President Byrd highlighted his commitment to utilizing
technology to bridge the gap of communication to our members.

A goal will be to enhance our social media platform to include a YouTube channel focusing on the roles of pharmacists as well as including patient counseling, community outreach, and current issues in the pharmacy community. 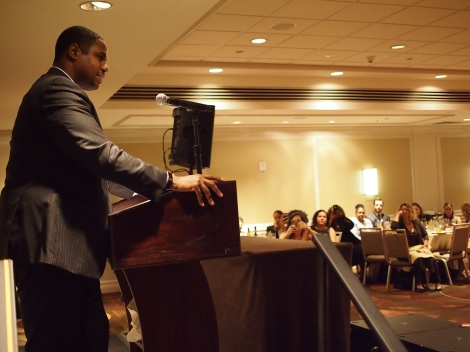 President, Dr. Charrai Byrd surprised us with an outfit change to emphasize that he is leading and empower our chapter not as a superior, but as a colleague. He is looking to join us all to strengthen all of our networks alike.

A focus area for this year will be empowering our pharmacy technician members by creating a pharmacy technician committee to host CE programs and strengthen the network. In addition, President Byrd plans to continue to facilitate programs such as the Clinical and Directors Roundtables to discuss important topics in our practice and the grassroots advocacy efforts. President Byrd concluded by thanking NYCSHP members. Congratulations to our new President! 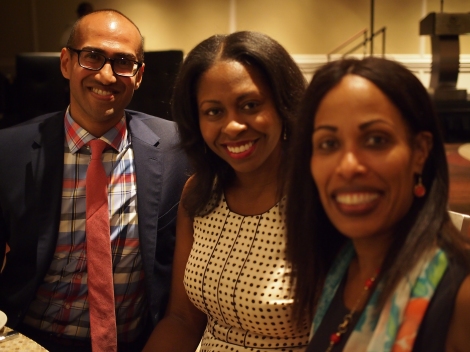 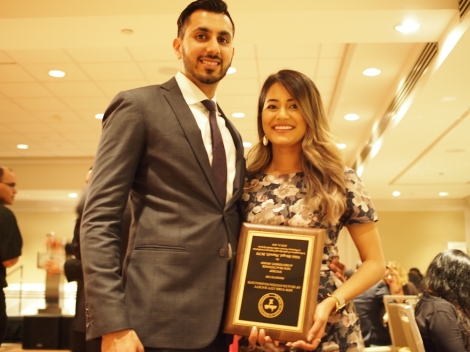 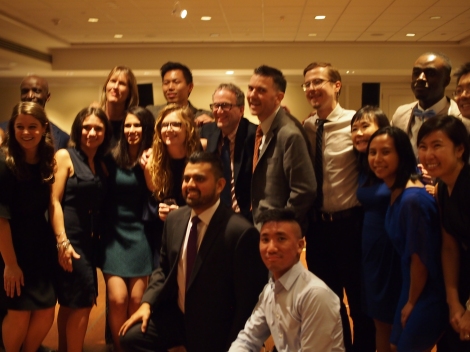 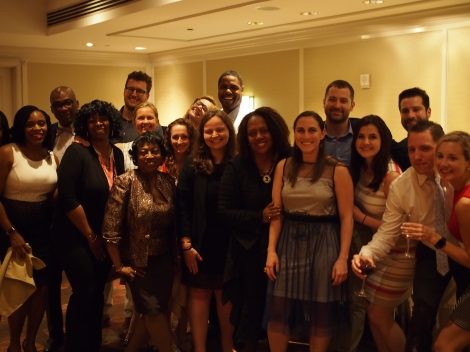 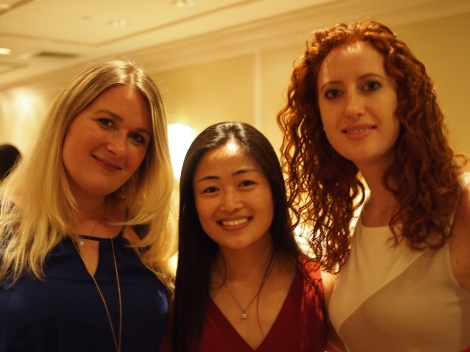 There is no better time to get involved with NYCSHP. We hope to see all members, both seasoned and new members, become more involved in our amazing chapter! Hope to see everyone in the upcoming year!